Edward P. Evans Hall at the Yale School of Management

The Yale School of Management’s new home was designed to be as forward looking as the school’s pioneering curriculum. With his gift, Mr. Evans expressed confidence in the School’s future and ensured that construction was possible without unduly restricting its educational mission through compromise of its operating budget. 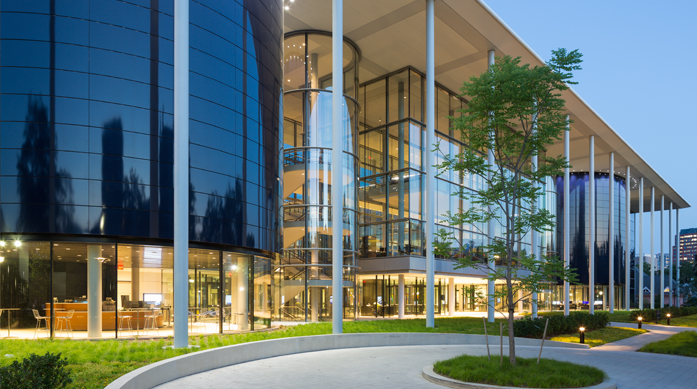 On December 20, 2010, Yale President Richard C. Levin announced that the University had received a $50 million commitment from a Yale College alumnus to support the construction of a new state-of-the-art campus for its School of Management. The alumnus was Edward P. Evans, a member of the Yale College Class of 1964. His gift, the largest in the School of Management’s history, was recognized with the naming of the new facility as the Edward P. Evans Hall.

The Edward P. Evans Hall opened on January 9, 2014. The 4.25 acre campus on Whitney Avenue was designed by Foster + Partners, the architectural firm chaired by Pritzker Architecture Prize Laureate and 1962 Yale alumnus Lord Norman Foster. It is a landmark at the northern gateway to the Yale campus, housing state-of-the-art classrooms, faculty offices, academic centers, and student and meeting spaces organized around a welcoming courtyard. The new campus incorporates the latest in “green construction” materials and practices, creates a teaching and learning environment that supports the School’s innovative integrated MBA curriculum and enhances the Yale School of Management’s community. Wholly modern in conception and outlook, it is a notable addition to Yale’s distinguished architectural landmarks and a virtual embodiment of the business school of the 21st century.

The Eaglebrook School for boys in the sixth through ninth grades was founded in 1922. The school’s mission is to help each boy develop to his fullest potential, improving skills necessary for success in secondary school, while supporting the development of individual values that enable positive contributions to society. 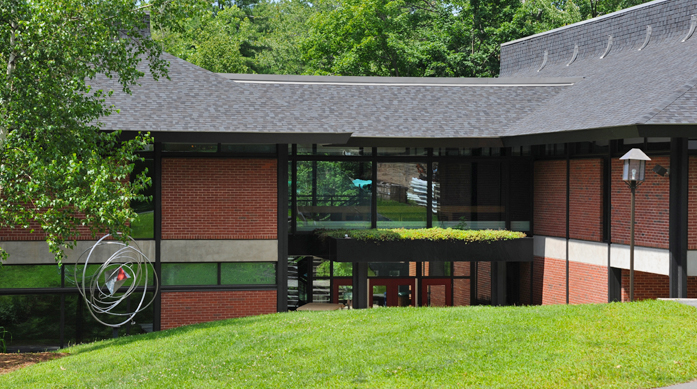 Eaglebrook was a huge positive impact on the young Mr. Evans. The Foundation’s gift for the construction of the Edward P. Evans Academic Center recognizes the essential role that the Eaglebrook School played in Mr. Evans life and helps ensure that future generations of boys will be able to benefit similarly.